It's one of the best-kept secrets in the printing business: the winners of the Best of Show awards in the In-Print contest, one for offset and one for non-offset. In a June 3 ceremony during the IPMA 2019 conference in Louisville, Ky., those winners were revealed at last.

The Best of Show winners this year shared some similarities. Both relied on exquisite photographs and were able to reproduce those images accurately. Both used clear coating to great effect on the covers. And both pieces included numerous crossovers, which their in-plants were able to print and bind so both pages matched perfectly. 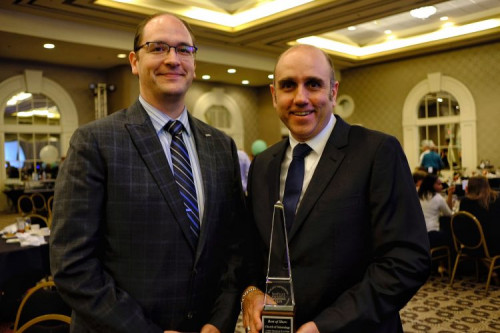 From all the non-offset pieces, The World Bank Group was chosen for its very first Best of Show award. The winning piece was a 76-page book showing the faces of people struggling with poverty, facing daily challenges none of us can comprehend, yet looking forward to a better future.

The the Best of Show winners were selected in March during In-Print 2019 judging, when all of the Gold winners were laid out on a table and the judges discussed their merits. They eventually narrowed it down to the top five before voting on one offset and one non-offset piece that topped them all.

Though he was not able to attend the ceremony, IPI Editor Bob Neubauer praised both winners.

"The Church of Scientology International’s Dissemination & Distribution Center is an in-plant success story. Starting from scratch, the church built an award-winning printing operation with a staff whose attention to detail is unparalleled. I'm so pleased that we can recognize the diligence of those operators with the In-Print Best of Show award."

Of the non-offset Best of Show winner, Neubauer said: "The World Bank Group’s Printing & Multimedia Services operation is a world-class in-plant, renowned for its cutting-edge technology and techniques. I'm thrilled that it can now count the In-Print Best of Show among its many awards. The winning piece was truly a stellar project." 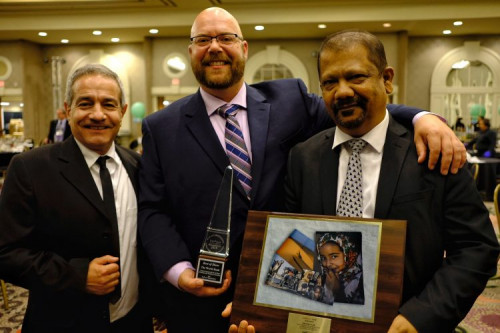 The World Bank Group shows off its awards.

IPMA Awards Chairperson Christopher Donlon, of Kohler Co., added, “I accepted the challenge of being the Awards Chairperson for two reasons: one, I wanted to give back to the organization that has given me so much, and two, I wanted to see what my peers were submitting to the contest. I have learned a great deal over the years and have been able to bring it all right back to my parent organization, and my winning entries are proof of it.

"Each year the judging gets harder and harder; this year was no exception. Our peers are stepping up their games because they want to win, and when you have a table full of winners, the task is that much more difficult.”

The winners will be highlighted in upcoming articles. IPI congratulates the staffs of both operations for their excellent work.

PRINTING United Alliance Announces the Launch of the Apparelist

Four Steps to Clarify Your Vision

Three New Challenges of the New Normal
END_OF_DOCUMENT_TOKEN_TO_BE_REPLACED
Upcoming Webinars
Print Outlook: What to Expect in the Year Ahead