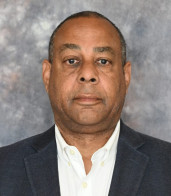 Following the retirement of Jerry Hill as California’s State Printer at the end of 2020, the top position at the Office of State Publishing (OSP) was vacant for a year, with Brent Jamison serving as Acting State Printer. That changed in January when Governor Gavin Newsom appointed Paul G. Dixon, 65, of Sacramento, the new State Printer, a position that does not require Senate confirmation. He served as assistant deputy director of operations at the California Department of General Services’ Facility Management Division since 2018. OSP is part of General Services.

As the new State Printer, he inherits an in-plant that has seen sweeping changes over the past few years. In August 2019, OSP moved into a smaller, more energy efficient facility, shedding most of its web offset presses and adding a more appropriate mix of digital printing equipment. It is the largest state printing operation in the country.

Pantone Introduces Its 2023 Color of the Year
END_OF_DOCUMENT_TOKEN_TO_BE_REPLACED