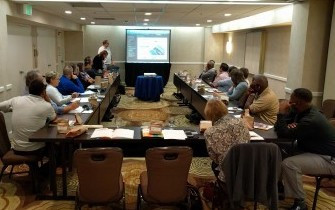 In-plants abound in the California State University system, and in November, more than 25 managers and staff from 16 CSU campuses all over the state got together for the first time to discuss their common challenges and ways they can work together. The two-day meeting took place in Los Angeles and covered topics like right of first refusal, copier fleet management, shredding, recycling, mailing, FSC certification and process improvement. 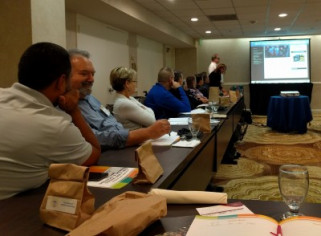 “Generally it was fairly informal with some great roundtable discussions,” notes Doug Schiller, of Sonoma State University, who led a session in which he revealed some lessons he learned when going out to bid for copiers. “The hot topics were job sharing between campuses and how we would like to improve the inter-CSU payment system.”