With dozens of crossovers, UV spot coating and a very tight deadline, the winning piece was truly worthy of recognition.

The In-Print 2019 Best of Show winner for offset printing is a spectacular piece to behold. It features stunning photos of the Castle Kyalami, a landmark site in South Africa that was acquired by the Church of Scientology International and opened as its newest continental church on Jan. 1. 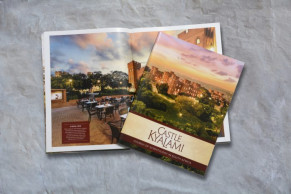 The production of this 72-page work of art by the church’s Dissemination and Distribution Center in Commerce, Calif., involved three major challenges: getting the crossovers — which appear on virtually every spread — to match up perfectly; laying down spot gloss on very thin lettering on the cover; and finishing the entire job under extremely tight deadline pressure.

“It was one of those jobs that had to get on the plane to make it for the opening of the church,” says Jud Posner, pressroom manager.

In just eight hours, the in-plant managed to turn the job files into 2,000 finished brochures, doing it with such care and attention to detail that the piece earned the in-plant its second Best of Show award and its 24th In-Print award since it started entering the contest in 2012.

“The photographers did a wonderful job in capturing the architectural beauty of the castle itself,” praises Posner. Making sure the finished book did justice to those photos was the challenge the in-plant faced back on Dec. 23 when it received the files designed by Scientology Media Productions.

Prepress Manager Paul Devlin-Drye preflighted the files, proofed them to check bleeds and trims and imposed them for the press. He output the plates on a pair of Agfa Avalon computer-to-plate devices.

Then plates were loaded onto the five-color plus coater Heidelberg XL 105 press and the job started printing. Operators were lead pressmen Tom Welch and Bo Bengtsson and pressmen Antonio Cabrerizo and Zoltan Grozli. 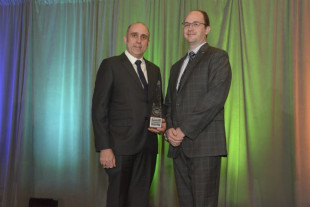 Church of Scientology representatives Jud Posner and Joel Beaton accept the Best of Show award during the IPMA conference.

The in-plant places a high importance on color management. Each press is calibrated according to G7 standards so their output matches. SpotOn! color management and process control software is installed on each offset and digital press as well.

Crucial to attaining the high quality levels the in-plant is known for is the use of checklists when setting up and running every piece of equipment, Posner stresses. Running the press requires following a 12-step checklist to make sure nothing is overlooked.

“The operators diligently follow their checklists, and that plays a key part in ensuring the quality stays so high,” he says.

The results speak for themselves.

Getting the numerous crossovers to line up so perfectly started with a process change worked out by Posner and the prepress and bindery managers. Rather than printing 16-page signatures, they switched to printing two eight-page signatures, folding them as double parallel folds and then slitting and cutting them on the Heidelberg Stahl folder, operated by Kevin Poggio and Noel Maxson. By not doing this on a paper cutter, they both eliminate a touchpoint and can keep the side guide and gripper edge, which Posner feels give them much better quality on the folder.

“The most difficult part was definitely the crossovers,” Posner affirms.

To produce the spot coating embellishments that give the cover its pop, the press operators first laid down a flood dull aqueous coating. Then the cover was taken to an offline Sakurai UV screen press run by Igor Kostenko, which applied the spot UV coating. This coating covers the image of the castle and each letter of the title “Castle Kyalami.” Since those letters were very thin, getting the register exactly right was a challenging maneuver.

“The guys did a phenomenal job on this,” Posner praises. 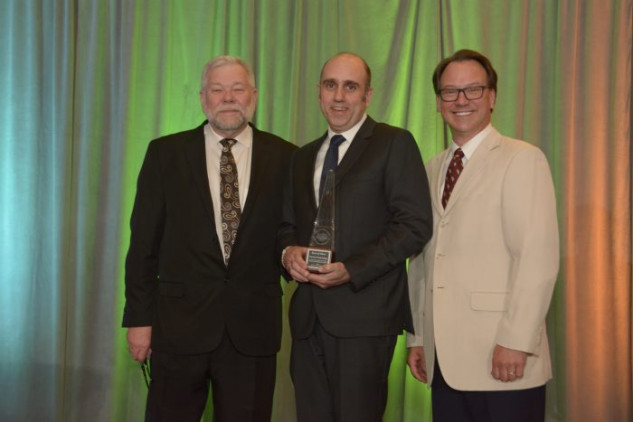 “Due to the timing and the need to make it for the grand opening, it was actually packaged right off the end of the stitcher,” notes Posner.

Then it was onto the plane and off to South Africa. The recipients were very pleased.

“They were blown away with the quality,” says Posner.

Attendees of the In-plant Printing and Mailing Association conference were as well when they viewed all the winning pieces during the awards reception in June. Posner, though, was not overconfident when he looked at the competition.

“I was nervous going through the reception and looking at all the pieces,” he admits.

When his in-plant was announced as the winner, he was overjoyed but humbled.

“I was shocked,” he says. “There were so many good pieces this year. Any one of them could have won Best of Show. It is a huge honor to have been selected as this year’s Best of Show winner.”

How Short-Run Sheetfed Offset Jobs Can Be Profitable