Though his “Blue-footed Booby” tale may have brought him fame in children’s literary circles, Dwayne Magee has spent the past nine years quietly and continuously improving services at Messiah College Press.

When Dwayne Magee waxes nostalgic about his childhood, he paints a picture that some might interpret as “grim.”

“It was just like growing up in the 1800s,” recalls the director of Messiah College Press & Postal Services. “For the first year we lived there we used outhouses.”

This was back in 1972, after his family had relocated to the “backwoods” of rural Perry County, PA, and set to work refurbishing an old farmhouse. Despite the lack of plumbing, Magee insists it was an idyllic place for him, his twin sister and older brother to grow up.

His parents, who had both been printers at Grit Publishing Co., in Williamsport, PA, offered to let a local printer use their barn to expand its business. They subsequently went to work at the company, Perry Printing, which used old Linotype and letterpress equipment.

“I grew up with that right there in my backyard,” reflects Magee. “I was just fascinated by Linotype.”

As a teen, he worked part time in the print shop—which helped him excel in his high school printing class.

“It was an easy A because I had already run the equipment,” he remarks.

As he approached adulthood, Magee assumed he would continue working at Perry. But then his parents divorced and left the company, and he was on his own.

Directionless, he did odd jobs on farms and in the food service industry for a while, until one day when a friend changed his life by telling him about a part-time position at his company, AlphaGraphics, in Camp Hill, PA. Things didn’t go so well for his friend, though.

“The day I started work, he got his hand caught in the press, and he was done for a year,” Magee says of his altruistic friend. “So suddenly I went from part-time press operator to full-time press operator. So...bad for him, good for me.”

Magee ended up staying at AlphaGraphics for 17 years. He became assistant manager, learned all about customer service and spearheaded the company’s ISO quality management efforts.

In 2005, facing the reality that he would never advance further in the family-run operation, he interviewed for a production manager position at Messiah College, a private Christian college in Mechanicsburg, PA, and got the job. Almost immediately, his boss consolidated printing, postal and faculty services, tripling Magee’s responsibility and upping his staff from six to 16. His title also changed to director.

“I was so happy they had confidence in me,” he says, though he was intimidated as well.

The first two changes he made in the print shop were to add a cutting machine and implement EFI PrintSmith MIS software. Prior to that, estimates were done by hand, jobs weren’t tracked and billing was processed through an antiquated homemade computer program. The new MIS brought to light some hidden problems.

“There were services that we were charging for that we were losing money on,” he reveals. “It allowed me to do my job as director and give good information to my vice president regarding our profits, our revenue, our expenses.”

In his third year as director, he led his department through a college-mandated Institutional Effectiveness Review, which required analysis of the in-plant’s purpose, processes and staffing.

“It was in that process that I realized I needed help,” he says. He attended the Southeastern University Printing and Digital Managers Conference, where he met consultant Ray Chambers. He subsequently hired Chambers to help review his in-plant and develop a strategy to streamline services, cut costs and add value.

This led to the in-plant launching a fulfillment service, through which college departments can store materials in the shop’s 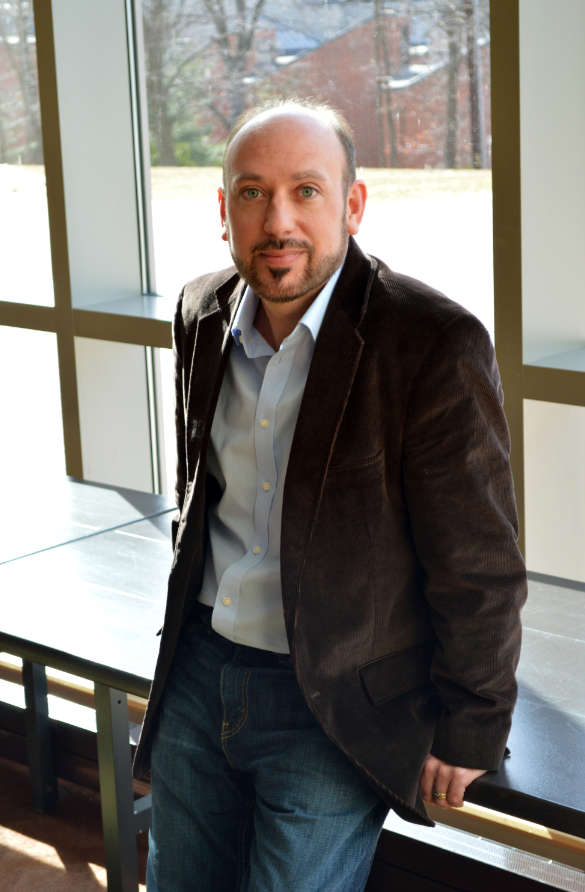 warehouse. Magee developed an online database, allowing faculty and staff to order items from their supply, which the in-plant will then deliver. The service has been a big hit, and increased the in-plant’s visibility and value.

Magee led other initiatives as well, such as implementing a college MFD fleet management initiative (his article on this process appeared in our December issue) and gaining FSC certification for the in-plant (also detailed in IPG, last October). But his biggest achievement was something else entirely.

“The highlight of my career was taking the CGCM certification at IPMA,” he proclaims. This is a day-long certified graphic communications manager test given by the In-plant Printing and Mailing Association. He says the exam validated all the graphic arts knowledge he had picked up through experience over the years.

“It gave me a new sense of confidence,” he says of the certification.

Magee credits his vice president for operations, Kathie Shafer, for pushing him and other staff to continually improve their abilities. She supports his attendance of conferences and his pursuit of a bachelor’s degree in English. His strong interest in writing led him to publish an award-winning children’s book a few years ago, A Blue-Footed Booby Named Solly McBoo. He has also published travel stories and fictional essays.

Magee and his wife Sue, a psychiatric nurse, have two sons, 16 and 21. Avid Elvis Presley fans, they are currently renovating a room in their house using Elvis memorabilia.

“I cannot even see the walls any more,” he quips.