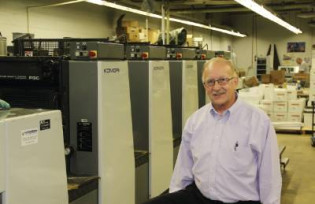 The in-plant industry was saddened last week to learn that long-time University of Delaware in-plant manager Rodney Brown had passed away at the age of 74. Until his retirement in 2015, he was a fixture at IPMA and ACUP conferences, which he had attended since 1988. Because of his strong industry involvement, he made friends with in-plant managers across the country, and always relished these friendships.

“I could write a book on the good times and memories from belonging to ACUP and IPMA,” he told In-plant Impressions in 2015, as he prepared to retire. He praised, “the outstanding people in this tight group that run the in-plants across this great nation that we live in.” (Read IPI's 2011 profile of Rodney Brown here.)

Comments from fellow managers have poured in since Mr. Brown died in his home on Monday, Dec. 9, 2019, surrounded by family and friends.

"I was lucky to have known Rodney for some 20+ years." says Ken Johnson, director of Printing Services at Ball State University. "I looked forward to my conversations with him and he taught me a lot of valuable lessons. Knowing that I can't pick up the phone and call him for his perspective on a problem leaves a void. Rodney was a good and honest person."

"Rodney was a friend to all, and had a quick wit and smile," adds Mike Loyd, director of the In-plant Printing and Mailing Association. "Rodney was a mentor to many, and always ready to help." 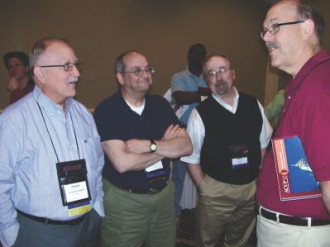 Mr. Brown began working at the University of Delaware's in-plant as an assistant manager on September 1, 1981, after running his own business, Capitol Lithographers, for eight years. He was promoted to manager in 1984 and worked hard to improve the operation, adding a five-color Komori press in 2000 and a Xerox iGen4 in 2009.

One highlight of his career was winning In-Print Best of Show awards in both 2004 and 2006. As he told IPI in 2015, “The best part … was taking a facility that, at one point, you thought would never win any awards and seeing it become one of the best in-plants in the nation, winning not one but two Best of Show awards and winning some 90 awards over the years.” 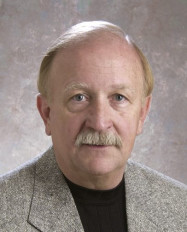 His success was an inspiration to other in-plant managers.

"Rodney was always helpful and had a great sense of humor," praises Kelly Hogg, director of the University of Virginia's in-plant. "I learned quite a bit from him, not just as a printer, but as a person. The world was always better when you were around Rodney."

"Rodney was not just willing to share his knowledge and experiences whenever asked but he always made it feel that we all were on the same team," says Abbas Badani, senior director of Integrated Graphics Services at the University of Nevada, Las Vegas. 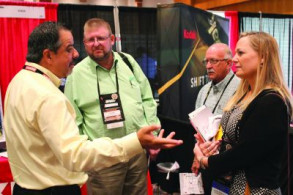 "I was fortunate enough to have called him my friend," adds John Sarantakos, director of the University of Oklahoma's in-plant. "I met him 25+ years ago and he was warm and welcoming to all. We played cards, golf and shared many ideas related to our craft. He could be counted on to help in any time of need. I am profoundly saddened by his loss."

"The University of Delaware was fortunate to have an employee with such passion and drive," says Richard Beto, director of Document Solutions at the University of Texas at Austin. 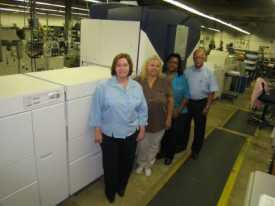 "He was always working to improve his operation and willing to assist you when you needed him. I learned plenty by being around him. The world was a better place with him and we need more like him. Rodney Brown was a good man and wonderful friend."

Mr. Brown will be laid to rest on Saturday, December 14, in Smyrna, Del. Read his obituary here.