As the third-largest state government in-plant, according to IPI’s annual ranking, the State of Oregon’s Publishing & Distribution operation takes in a lot of job orders — more than 11,000 a year, totaling 103 million impressions. But getting all those job files into the shop, estimating and ticketing them, and tracking their progress didn’t always go as smoothly as it does today.

Up until July 2017, the 90-employee in-plant, located in the state capital of Salem, was using a home-grown order entry system and putting up with its many weaknesses, including the high cost of maintaining it. 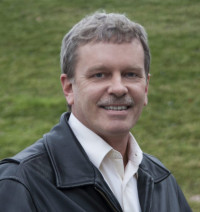 “You have to have dedicated IT programming staff to keep it current,” laments State Printer Tim Hendrix.

So a few years ago he made the decision to implement both Avanti’s Slingshot Print MIS and Rochester Software Associates’ WebCRD Web-to-print system. Hendrix liked the robust features of Slingshot, but it lacked a Web-to-print module, so he turned to RSA.

“I had been looking for an online submission solution for a few years, explains Hendrix. “WebCRD fit the bill. It had the features we were looking for, supported chargebacks, and was built from the ground up for in-plants.”

But he knew integrating two systems from two different companies could be quite a challenge. Fortunately, there was a third company that knew both systems intimately.

Ricoh, the in-plant’s main provider of digital presses, stepped in as an integrator, coordinating with Avanti and RSA to make updates that would allow the systems to talk to each other. Over a 13-month period, they worked with Dave Warner, software administrator, to test the updates using a parallel test system, with the help of Bob Freeman, systems administrator.

The two systems launched in July of 2017, and Hendrix has been pleased with the results, which he says get better every month. The in-plant has experienced significant time savings since the launch. Production work received online has increased by more than 40% to about 70 jobs per day.

Most of the in-plant’s work comprises official documents with variable data. This includes vehicle titles and registrations, correspondence from state agencies, and bills for review by the legislature. The in-plant also prints posters, flyers, banners, brochures, calendars, and other materials. 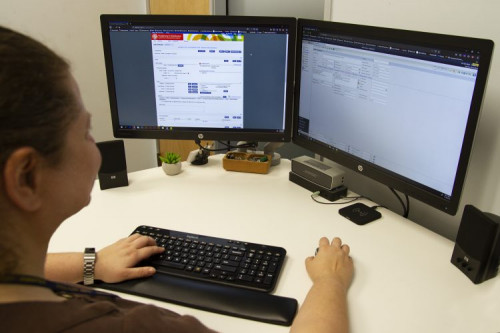 Customer Service Representative Carrie Bull reviews a job arriving via WebCRD (left screen). On the right, an order comes in through Slingshot for final processing.

Once customers submit their jobs into WebCRD, the files are converted to PDFs with RSA’s SurePDF feature, and an online proof is generated through SurePreview. After they view and approve the proof, the files are reviewed by customer service. If customer service reps have to fix something, the system updates the order history so it will be correct if the customer reorders that job. With WebCRD, customers can easily log into their account and reorder directly from their order history or from document catalogs without having to set up orders every time.

Reviewed jobs are retrieved by Slingshot, eliminating the step of rekeying information, along with the potential errors this could bring. Job tickets are created, which contain all ticketing details and notes related to production, ending the need for notes scribbled in the margins.

The in-plant uses Avanti’s Triggers and Alerts module to send customers a notice that their job is being processed and to give them the Avanti order number, which is different from the number generated by WebCRD.

Triggers are one of the most exciting features of Slingshot for Hendrix. They can be set up to alert staff to incoming work and issues, which improves their productivity, and automated notifications tell customer their jobs have been received, produced, and shipped.

As the job goes through the shop, operators use barcode scanners to scan the barcode on the job ticket, checking into and out of jobs. This replaces the tedious step of keying in information.

“We actually have scanners everywhere the job is touched, so it really speeds up the process of the order,” Hendrix remarks.

Scanning enables staff to quickly update job progress so that anyone in the organization can track job status.

One major benefit of moving to Slingshot, Hendrix says, is that jobs are now consistently priced based on estimates rather than actual cost.

“One of our key factors when looking into a new Print MIS was that we needed to bill from the estimates,” he explains. “We needed to know from the very beginning what we would be charging customers so that they would be in the know from the quote.”

This has relieved a lot of customer frustration, since they often had to deal with fluctuating prices on repeat jobs.

With Slingshot, chargeback reports are automatically consolidated and sent to the State of Oregon’s central billing system. Previously, these reports were painstakingly compiled from actual data and manually reviewed. This required a full-time, dedicated employee who can now accomplish this in about four hours per week. Thanks to the reports created in Slingshot, which provide detailed breakdowns of job costs, Hendrix can now make better decisions by knowing costs down to the penny.

“By having actual cost data, we can streamline what we are charging our customers,” says Hendrix. “Plus, Slingshot’s robust sales order module and job ticket have allowed us to reduce questions from the people doing the work.”

Hendrix praises RSA’s ReadyPrint prepress software for the help it offers during the crunch of printing bills for the legislative sessions.

“One of our highest priorities is making sure that we get files and jobs preprogrammed up front before they go out on the floor,” he says.

Throughout Oregon’s two-year legislative session, the in-plant prints bills daily for every legislator. The shop might receive 50-60 files in the late afternoon that need to be printed, collated into bill packets, and delivered to the state capitol by 4 a.m. the next day. This happens for months on a nightly basis.

“Before we used ReadyPrint, if we had to print 120 copies of 150 bills, we’d have to place them out on a table and manually pick and pack them for each customer because each legislator needed a different combination of bills,” Hendrix says.

With ReadyPrint, the jobs are created up front. They each now come off the printer, with the correct combination of bills, collated, and ready to be packed. The automated workflow has saved the State of Oregon the labor cost of at least two full-time employees.

Working with Avanti and RSA, with Ricoh as the integrator, has been a success, Hendrix says, and all of them have all been very responsive to the in-plant’s needs.

“You have a team of people … who are constantly working on enhancing the product,” he notes, which was simply not the case when his operation used its home-grown system. “Many times we’ll see an enhancement, an improvement on a next release that’s something we had talked about.”

To those in-plants still hesitating to add a Print MIS or Web-to-print system, Hendrix offers some words of wisdom — from someone who was once in their shoes.

“If you have a home-grown system, that’s great,” he says. “But if you want to go to the next level, you really need to look at an out-of-the-box solution.”

Top 6 Things to Automate for a Profitable In-plant