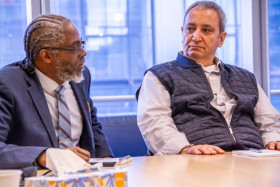 In New York City this week, managers from five of the city's in-plants gathered in a 39th floor conference room in the World Trade Center complex for a half day of networking discussions.

IPI Editor Bob Neubauer attended the meeting and gave a presentation to the group on in-plant trends, which helped inspire additional conversation. 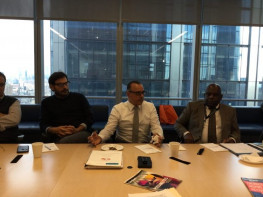 The NYPD's Julio Rosado (center) leads one of the discussions.

The meeting was organized by Julio Rosado, head of the New York Police Department's in-plant, who brought several team members. It was the second time the group has gotten together, and after some very fruitful discussions this week, all agreed they would like to continue meeting on a quarterly basis. 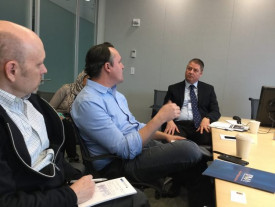 The meeting was held in the offices of the NYC Department of Social Services (DSS) and hosted by Robert Stockwell, executive director of the DSS Office of Media Production and Records Management. Other participants in the meeting were the NYC Department of Health and Mental Hygiene; the Metropolitan Transportation Authority Headquarters; and Columbia University. Fifteen managers attended. 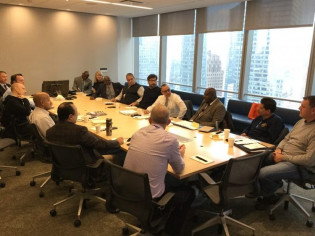 Fifteen New York City managers from five in-plants met on the 39th floor of 4 World Trade Center for a half day of networking discussions.

Discussions covered a range of topics, from attempts by outside printers to take over their in-plants, to their struggles to justify new equipment with budget offices that don't understand printing, to the complications arising from implementing Web-to-print and MIS systems. They talked about lending each other paper, ink or plates in a pinch, and also possibly sending print jobs to one another. They plan to share their costs for producing common types of work, like business cards, so they can adjust their own prices if necessary. Managers also shared news about new equipment they have recently installed or plan to install.

Rosado hopes other NYC in-plants join the group at future meetings, to expand the network of city in-plants. Interested in-plants can contact him through IPI. 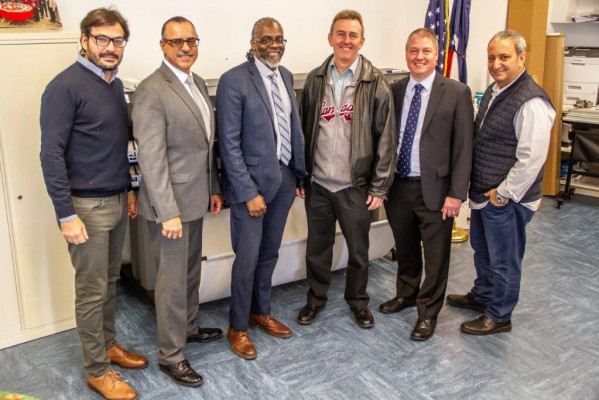 Members of the DSS and NYPD in-plants stand with IPI Editor Bob Neubauer. 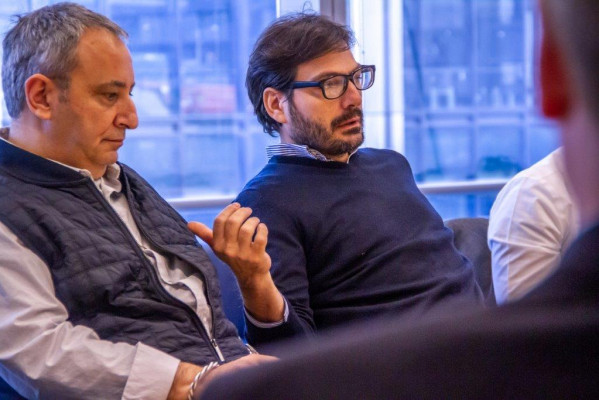 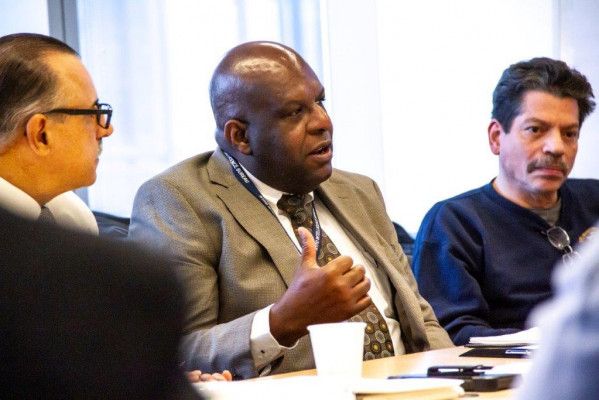 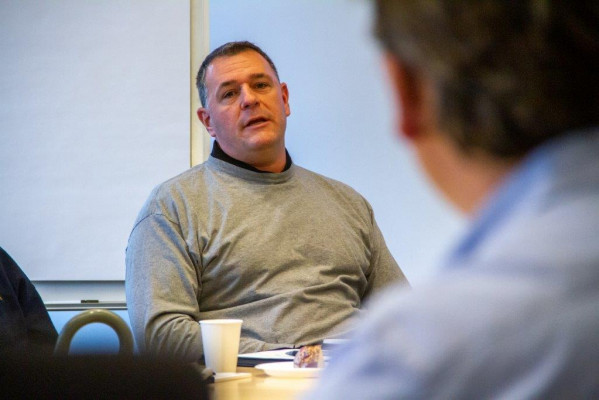 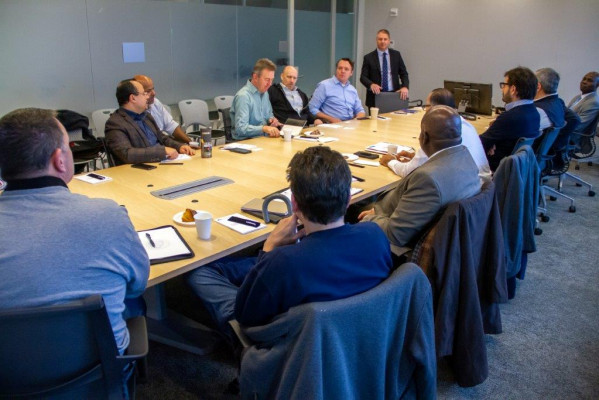 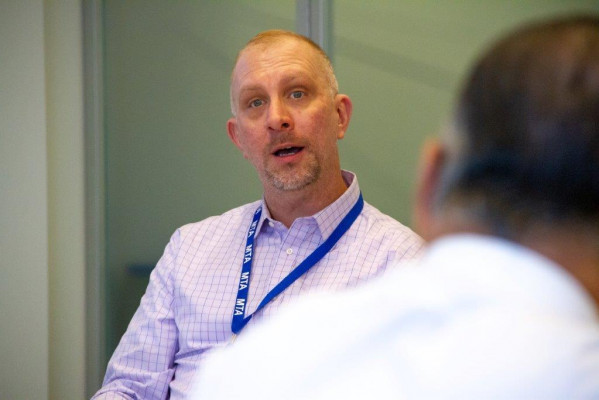 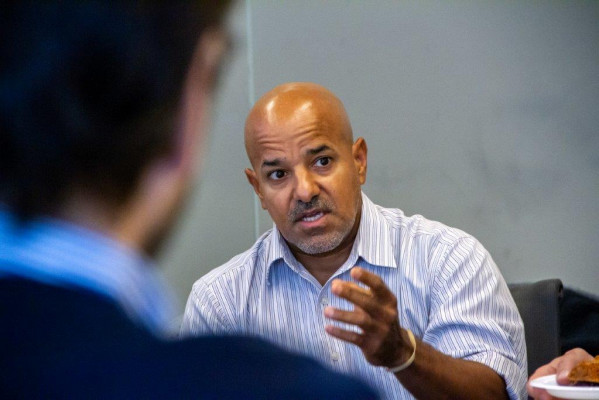