Overlooked Ideas to Improve Your In-plant: Take Advantage of Every Door Direct Mail 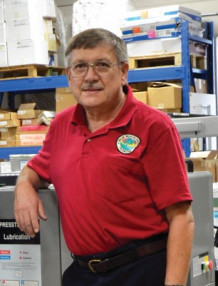 At the Palm Beach County Graphics Division in Greenacres, Florida, direct mail is a big part of the operation. It started, notes Manager John D.L. Johnson, back in 2012, when the United States Postal Service first launched Every Door Direct Mail (EDDM), a service that, he says, “has changed how we print and mail communications to the residents of our county.”

Back in 2012, the in-plant printed 1,116 flyers inviting residents to attend a community meeting. Instead of purchasing a mailing list and distributing them like traditional direct mail pieces, Johnson used EDDM to send the flyers to every address in a specific area, at a lower postage rate. Those flyers got a far better response than any program the county had tried in the past, he says.

After that pilot test, Johnson ramped up the in-plant’s use of the program. Today, the shop does several EDDM mailings a year that include more than 650,000 pieces each.

“I realized that my customers, the various county governmental departments, were each like a small business needing to communicate messages to various neighborhoods in the county,” Johnson says. “These messages included community meeting and event notices, boil water notices, burn notices, and road repair notices. Previously the departments depended on a list of property owners provided by the tax collector, however, using that list did not necessarily get the message to the person who was actually living at that address. 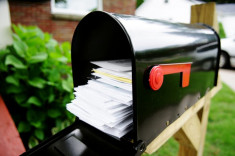 “EDDM provided an online mapping tool to zero in on the specific neighborhoods where the message could be directed,” he continues. “Every currently active delivery address within that carrier route would then get a copy of the mailing. This became a big hit among the departments, who could either go online themselves to find the desired carrier routes, or ask me to select them from their direction, such as within one mile of a library, or between point A and point B, or everyone who lives in the Century Village community.”

This service costs as little as 29 cents per piece for a postcard-sized mailer — though it varies based on the volume of the mailing, as well as the size of both the piece and the geographical delivery zone — making it less expensive to reach a more expansive audience.

Whether your organization needs to reach 1,000 or 50,000 households, EDDM is a great tool that many in-plants overlook. It is an effective way to increase coverage, target geographical demographics, and increase response rates without adding extra time or resources to the project.

Transforming the US Postal Service