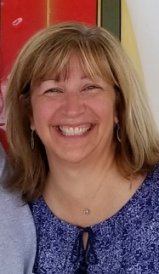 A few years ago, Lisa Pitts, division manager of Graphic Services for the City of Greensboro, North Carolina, sat down for a meeting with one of her in-plant’s vendors. As she recalls the conversation, he said: “I have to say, I’m really impressed with the shop and your work environment. Before you came here, we had labeled this a ghost shop.”

What did he mean by that? “Well, when you walked around, people seemed so unmotivated,” he told her. “You could talk to them, and they weren’t engaged. Now, it’s a complete 180, and it feels good to walk around the shop. The press operators are actually smiling at me and wanting to interact.”

Reflecting on those words today, Pitts describes them as a great compliment, not just to her leadership but to the whole team.

Pitts motivated her team by playing to employees’ strengths and ensuring they were cross-trained, which helped boost efficiency in the shop, enhanced staff skill sets, and injected a sense of teamwork into the working environment.

When Pitts took up her post in the city’s in-plant, there were no electronic job submissions, graphic design software was outdated, and customer communication needed improvement.

“Customers used to submit a job and never know when that job would be ready. That’s unacceptable,” says Pitts. “Jobs would be stacked up outside of our office and sit there for days on end. I mean, we had police officers walking in here to pick up print jobs — not a good use of their time.”

To resolve these problems, she implemented an electronic job submission system that lets customers know when their work is ready; upgraded the design capabilities to Adobe Creative Suite; and put a delivery system into effect.

Pitts keeps track of the fruits of the shop’s labor. She sends out a customer satisfaction survey each year to measure performance. This routinely earns the team positive remarks about customer service, friendly staff, and quick turnaround times, but also crucially helps to keep that line of communication open between Pitts, the team, and their customers, allowing them to take a consultative and service-focused approach to serving the City of Greensboro. Pitts believes this not only improves how the customer feels about the in-plant, but how her team feels too. 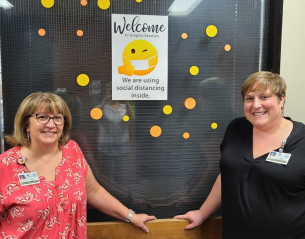 There is another beneficial element to the customer survey. Unable to use taxpayer dollars to invest in marketing, Pitts tends to reach out directly to contacts to promote the shop’s services. She also gets creative, though. She has put up what she calls a “Twitter window,” taking comments from the customer survey and displaying them on the window in speech blurbs to get people talking, or using print to create eye-catching holiday decorations that pique the curiosity of passers-by.

Under her management, the in-plant has become fully digital. When the offset press operator retired a few years ago, Pitts took the opportunity to sell the press and platemaker and switch to digital devices.

“A lot of the runs that we do are short runs, totally made for digital equipment,” she explains. “It’s easier, to be honest, because we can cross-train more easily, and the floor space that our digital press needs is so much smaller.”

This switch meant changing some positions, upskilling employees in other areas, and recruiting with a focus on graphic design skills and mailing experience. This all contributes to Pitts’ long-term succession-planning strategy.

“My intent is to retire within the next four or five years, and I fully expect that my replacement should come from inside this shop,” she says.

Lisa Pitts has more than made her mark on the City of Greensboro’s in-plant, but what led her to a role that plays to her strengths and draws on her skills, experience, and background so perfectly?

A North Carolina native who has lived all across the state, Pitts now resides with her husband in central North Carolina, with the sprawling Appalachian Mountains to the west and the beautiful beaches of the Atlantic coast to the east.

Pitts attended Guilford Technical Community College in Jamestown, N.C., before embarking on a career that has always directly or indirectly intersected with print. First, she landed a sales role for a business called Image Makers that carried out freelance graphic design work for local advertising agencies.

“I learned a lot in a very short timeframe about the graphic arts field,” she says. “That was my first foray into print, and I was with that company for almost 10 years.”

A subsequent move into medical sales spoke to Pitts’ extroverted personality, but she soon realized she needed a team of people to be around. “I need the consistency of coming in and seeing people every morning,” says Pitts.

From there, she joined Golding Upholstery Fabrics in High Point, N.C., a company that printed onto cotton fabric for the furniture industry. Her role involved buying the fabric, liaising with artists to create designs and patterns, and working in the marketing department.

“It was a completely different kind of printing,” she explains, “But having the background of working with the graphic artists in my first job helped me to understand the lingo. They use inks just like we use inks; they’re just putting it onto a different substrate. It was fun to learn.”

Next came a role at The Education Center in Greensboro, a local publishing company that produced books and magazines for elementary school teachers. She held various positions and learned a lot about the publishing industry.

From there she moved on to her current role, which she took up in 2006. “My husband saw the job listed and he said, ‘I think you need to apply,’” says Pitts. “A lot of people who work in local government, we feel a need to serve. We like to work for people and with people. As I pulled back and thought about it, the job ad hit a lot of the things that I’ve done in my life.”

Now, Pitts manages her team of eight in Graphic Services, which sits within the communications and marketing department and encompasses design, printing, and mailing for departments across the City of Greensboro and Guilford County. With an operating budget of almost $2 million, Pitts doesn’t take that responsibility lightly.

“Those are taxpayer dollars, and we don’t spend money frivolously,” she says.

When discussing the ups and downs of her managerial career at Greensboro, Pitts cites her biggest challenge as ultimately her biggest success. “When I came here, I was an outsider to this group,” she explains. “I had to work to gain their trust, and they had to be willing to let me in and listen to me.”

To show them she was one of the team, she worked right alongside them. She describes herself as a working manager who’s not afraid to roll up her sleeves and carry out tasks on the shop floor when required.

Pitts, who has Certified Manager certification through the Institute of Certified Professional Managers, admits change didn’t happen overnight, but she worked hard and continues to work to nurture her relationships with her team.

Outside of the in-plant, Pitts and her husband Tim continue their community focus. Since retiring as a battalion chief with the Greensboro Fire Department, Tim Pitts remains as a volunteer, and serves on the board of directors, as well as teaching at the local community college. Lisa Pitts herself is a County Fire Commissioner, and plans to take up volunteer work when she retires.

“I want to do something that I don’t have to get paid to do,” she explains.

Big Disney fans, the couple enjoys making trips to Disney World, in Florida. Pitts concludes with one of her favorite Walt Disney quotes, which encapsulates her approach to overcoming life’s biggest challenges: “It’s kind of fun to do the impossible."

Preparing Students and His In-plant for the Future
Comments
Subscribe
Upcoming Webinars
The Ecosystem - PRODUCE: Making It Happen.