University of Oklahoma (OU) Printing Services has been so pleased with the Kodak NexFinity digital press it installed in 2018 that the in-plant recently added a second one.

“Now we have a matching set,” quips Director John Sarantakos.

The 54-employee in-plant traded in its Kodak NexPress SX3300 for the new NexFinity, which it installed in November, and ended up saving money in the process. 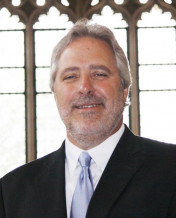 “We’re actually paying less today than we were with the old NexPress and the [first] NexFinity,” reports Sarantakos.

That savings is what allowed OU Printing Services to justify adding the new press during a time when purse strings are being pulled tight.

“We were looking for ways we could cut costs,” Sarantakos says. “It just made sense.”

But it’s the benefits to the in-plant that have him most excited, namely “speed, quality, flexibility,” he lists.

The speed of the new NexFinity has been upgraded from 120 ppm to 140 ppm, increasing its productivity. The original device got a speed upgrade as well.

Indeed, that’s what drew him to the NexFinity when he first laid eyes on one in Kodak’s Rochester, N.Y., demo center two years ago and saw its advanced imaging and inking systems in action. Kodak’s Dynamic Imaging Technology applies algorithmic adjustments to specific areas of an image, optimizing image quality and consistency based on the image content in each area. The NexFinity’s LED writing system provides 256 levels of exposure on the imaging cylinder, yielding excellent, consistent quality. Ongoing image correction maintains uniformity. The resulting photo-quality images are on par with offset print quality and have made the NexFinity popular with campus customers, particularly the athletics department.

“It adds a whole new product offering to your customers, and they just love it,” lauds Sarantakos.

The new NexFinity, like the first, came with a Kodak Glossing Unit, which adds a gloss finish similar to UV varnish. Brochures, flyers, stationery and other items printed on OU’s first NexFinity have won the in-plant several In-Print awards.

OU Printing Services uses the Kodak Multi-Press Station to run multiple jobs on both digital presses from one location.

Sarantakos is confident the in-plant will have enough work to keep both NexFinity digital presses busy. Some jobs of 5,000 or fewer impressions are being moved from the shop’s offset presses to the NexFinity. This includes letterhead, thanks to the NexFinity’s laser-safe toner (and its use of PMS 201, OU’s signature red).

“Instead of printing 500 or 1,000 on the press, and making plates and all that, push a button,” Sarantakos says.

The in-plant’s offset printing business has slowed during the pandemic, he acknowledges, but it remains steady. The shop has gone from three shifts to just one, and its staff count is down compared to a year ago, mostly because of retirements, though a couple staff positions have been cut due to COVID-19.

Like most higher-ed in-plants, overall sales have dropped this year, as much as $700,000 below last year’s levels, he says. But profits are only a few thousand dollars lower, he hastens.

“The cuts that we’ve made have matched the downturn in sales,” he says.

Taking in outside business from state agencies has helped keep the presses running.

Armed with the new NexFinity, a new C.P. Bourg BM-e bookletmaker, and a positive attitude, Sarantakos says OU Printing Services is well positioned for 2021 and beyond.

“I feel like we’re in pretty good shape,” he says.

How COVID-19 Has Impacted University In-plants