The in-plant at Chino Valley Unified School District in California knew it needed a better way of entering jobs into the system and moving them through production more efficiently.

“We were using an Excel spreadsheet,” laughs Troy Ingram, coordinator of Innovation and Creative Services — until 2013, that is, when the in-plant implemented Rochester Software Associates’ WebCRD system. It replaced a process where everything was done manually, from hand-keying orders as they came in the door, to printing, finishing, and shipping, And while not every single element has been automated, now that the system has been up and running a while, it’s made a huge difference in Ingram’s shop. One highlight has been the ability to ensure consistency between orders. 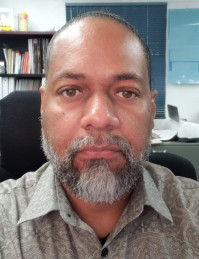 “We had a lot of inconsistencies [with the old system],” Ingram notes. “As orders change, you would get one order at one price, and then the next time it would be another price. This is much easier.” Now, everything is set in the system for specific prices; when an order is placed, the chargeback is the same from one order to the next, making it far easier for end users to predict costs.

Speaking of end users, they now play a big role in improving the shop’s efficiency. Instead of requiring someone in the seven-person in-plant to input all the job details, and then transferring that information several times as it moves through the shop to production, finishing, and finally billing, it is input a single time — by the customer. Now, what the user inputs is what the shop produces, without human error getting in the way.

That said, operators are still keeping an eye on the jobs, with the ability to contact customers if something doesn’t look right when they get the order. And, Ingram notes, they can go back into the system and update it in the catalog, so when a re-order comes through, the corrections will automatically be applied, rather than requiring staff to correct the same problem over and over.

“Instead of a user having to call us to find out where an order is, when orders come through, we’ll be proactive and let you know if something is due in a few days and you missed a deadline,” Ingram notes — or if the shop is still waiting for something. “Previously, we had to wait until they called, and then we were running around looking for job tickets. It took a lot of time, tracking down orders.”

The time savings is probably the single biggest benefit Ingram has seen since installing WebCRD. It has opened up time for him to start sending his operators for additional training, something no one had the ability to do before. It has also allowed him to add new services without adding personnel. This includes T-shirt and wide-format printing.

In addition to time savings, there have been cost savings as well, he notes.

“We have less errors, and then having to re-print jobs, and buying all the supplies for that,” Ingram says. “There is a lot less of that now, so it has saved us both time and money.”

One of the most important features Ingram was seeking when implementing Web-to-print was the ability to have users input their job directly, see a preview of the job, and then send it right to the production floor. This is especially true, he says, of the print-copy program the in-plant offers, which has a 24-hour turnaround time for teachers.

“We have 50,000 - 75,000 impressions per night, and it used to take us all night long to scan all the original documents in, start the jobs, print them, and then get them out. Eliminating having to scan all those jobs in has helped tremendously, freeing up the operators to do other things.”

He also needed the ability to seamlessly move jobs from the entry all the way to the billing department, without needing manual intervention at every step along the way, something he says WebCRD offers.

Finally, he wanted a system that was user-friendly, not just for his own staff, but for the end users who would be submitting jobs. It needed to be intuitive, give them a way to preview jobs, track jobs, re-order jobs, and see the full catalog of what the in-plant offers. He advises other in-plants considering a Web-to-print system to ask “Does it meet your needs as far as what it can provide to your end users? How easy is it to set up, and how user friendly is it for staff to utilize as well?”

That said, Ingram notes that the biggest challenge he faced was actually staff buy-in.

“They were used to being hands-on,” he notes, “and said ‘the end user doesn’t know how to submit orders,’ for example. They were used to programming all those orders in, and wanted to know what they were supposed to do if they weren’t doing that. I had to explain that, while it’s a great system, it’s not a perfect system, and we need the operators to make sure everything works.”

The second challenge Ingram had to overcome was ensuring the back-end systems worked as seamlessly as order entry and production.

“For me, it was ‘Now I need to export this data, but what am I exporting, and what format do I need?’” he explains. In that, RSA was an excellent partner, he notes, helping him work all those details out to make the process as smooth as possible.

Ingram has also been pleased with how responsive RSA has been, with new features and updates coming as the collective body of users suggests new things. In particular, he notes that his team had been asking for the ability to run wide-format jobs through the system for a while, and it has finally been implemented, allowing his shop to explore this new category of applications more efficiently.

“They’ve just improved on a lot of things over time,” he says.

For in-plants still hesitating to move to a Web-to-print system, Ingram stresses that they should really sit down and talk to their staffs.

“Get them involved in the process, so everyone can see the benefits,” he says. “It will give them a better understanding of where things are headed, and how much easier it will make their life.”

In-plant Forum: Workflow Automation Can Save You

IPMA 2022 Recap: The Benefits of Automation