Here’s a look at four hot legislative topics that may affect printers in 2016.

Postal Reform is the legislative equivalent to the play “Waiting for Godot”: a lot of talk, but no appearance. A reform bill passed the House in 2013 but failed in the Senate. Nothing is imminent in terms of reform, but the USPS rate-setting aspect could be getting attention shortly.

Not a lot of positives emerged in 2015 on this front, but it wasn’t for a lack of effort. The U.S. Postal Service, its labor unions and industry stakeholders (represented by the Coalition for a 21st Century Postal Service) formed a task force of sorts—in recognition of Congress’ inability to push through a reform package—to see if there were any legislative fixes that might help. So the power trio looked at a possible financial stabilization package, one that didn’t include “third rail issues” such as Saturday delivery and postal facilities closures. Instead, they tackled the current prefunding retiree health care benefits requirement, along with rate-setting methodologies.

In November, the tripartite finally threw its hands up in surrender. No consensus could be reached, particularly in regards to rate setting. They learned what Congress already knew…reform is truly a four-letter word.

But just when you thought all hope was lost, the last reform package pushed through by Congress in 2006 called for a postal regulatory review in 10 years on the rate-setting process. The exigency rate increase is due to go away in 2016, so efforts will be made by USPS to keep them intact, while mailers will seek to sustain the rollback.

“We saw two choices,” PIA’s Lisbeth Lyons notes. “Do we try to push legislation that would help give the Postal Service financial stabilization heading into that 2017 review—the idea being that the healthier the Postal Service was financially, the less likely the PRC [Postal Regulatory Commission] would be to substantially change and raise the rates going forward? Or is it better to stay with the status quo and leave the next big battle to the PRC case? That’s ultimately where the industry was split on that question. The Coalition for a 21st Century Postal Service said the status quo remained their position.” 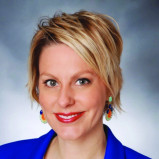 If history is our guide, then campaigning will take the place of any actual legislation getting pushed through Congress in 2016. A couple of items are likely to see post-election activity but, in the interim, the printing industry’s interests can be promoted on a couple of fronts.

For the lowdown on what hot button topics will be pursued during the weeks and months leading up to the presidential election, we turn to the printing industry’s leading legislative advocate/veteran lobbyist Lisbeth Lyons, vice president of government affairs for Printing Industries of America (PIA).

Step aside, postal reform. The printing industry has a new cause du jour. We teased you last year with promises of a sure-fire bipartisan fix to the technology squatting but, once again, trial lawyers and pharmaceutical firms managed to throw up roadblocks on the path to a legislative solution.

In November, a non-practicing entity called High Quality Printing Inventions LLC launched more than 30 patent infringement lawsuits against printing businesses whose bread-and-butter workflow platforms are Web-enabled and customized. Deluxe Corp., Shutterfly, PrintingForLess and Cimpress (VistaPrint) were among the list of recipients of the infringement claims, filed only days before Thanksgiving. Nice touch.

Lyons points out that both the House and Senate have expressed interest on voting in the early part of 2016, and President Obama is already on record in favor of squashing the patent troll practices hampering companies of all sizes.

“Big pharmaceutical companies, especially, have been blocking it because of the impact it may have on their patent business,” Lyons says. “Congress will pass something…I just don’t know how watered down it will be.”

The PIA is aligning itself with United for Patent Reform, a business lobby that is pressing lawmakers to take action on reform legislation (S.1137/H.R. 9). Senators Chuck Schumur (D-N.Y.) and John Cornyn (R-Texas) are both throwing their weight behind the cause. International issues in the second half of 2015 may have been the distraction that prevented a bill from realization last year.

Since advertising is considered an ordinary business expense, it can be deducted, thus lowering a company’s taxable income. However, one of the unfortunate elements of tax reform measures that were kicked around in 2015 involved revenue raisers, particularly one that would eliminate the 100 percent tax deductibility of advertising.

Print in the Eye of the Buyer

Has the Pandemic Improved Your In-plant?
Comments
COVID-19 Resource Channel