Beyond supporting the World Bank’s mission of ending poverty, the Best of Show winning piece showed off the in-plant staff’s extraordinary attention to detail.

The faces grab your attention. They are the faces of people struggling with poverty, facing daily challenges none of us can comprehend, yet looking forward to a better future. 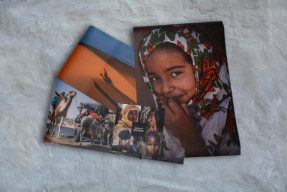 Over the 76 pages of the World Bank Group’s award-winning “Faces of Resilience” book, those expressive faces stare back, the color of their skin and the environment around them reproduced so accurately it brings the reader into their world. That’s the reason this impressive book from the World Bank’s Printing & Multimedia Services operation was chosen as Best of Show out of all the non-offset winners in the In-Print 2019 contest.

“To have a book that was going to be fairly high profile … we wanted to make sure the quality was absolutely top-notch,” explains Wes Troup, press technician.

He and his crew certainly made sure of that. What’s more, the book was accompanied by several posters showing some of the faces in the book. The color on each poster matches the same shot in the book perfectly, often a challenge when printing on two different machines.

“Color was a huge concern,” says Jimmy Vainstein, senior project manager, noting how concerned the photographer Dorte Verner was about having the tonality of the photos in the printed piece match his original shots. “We took on the challenge, and did a good job at it.”

The in-plant printed hundreds of books along with accompanying posters for the World Bank’s Africa Region Team. They are intended to shine a light on the impact of forced displacement challenges in Sub-Saharan Africa and the role of the World Bank in poverty reduction initiatives around the world. The book documents the challenges faced by refugees and host communities in African countries through photographs and narratives, portraying them as resilient individuals rather than victims. 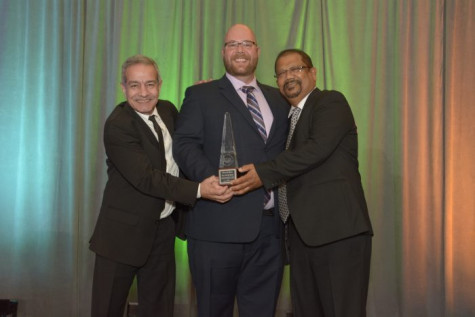 Members of the World Bank Group's in-plant accept the Best of Show award during the IPMA 2019 conference.

The book was designed by Alexandre Hery from the Africa Region Team, who worked with the in-plant’s customer service representatives Ashley Cohen and Andrew Berghauser. The design included several full spread crossovers, adding complexity to the job. The in-plant had not yet implemented EFI Digital StoreFront, currently being launched, so files were emailed to the in-plant’s Landover, Md., facility where they were color corrected and imposed by Jean-Michel Gillet in prepress.

Once the client had approved proofs, operators Ali Ali and Charles Perry printed pages on Ricoh Pro C9110 and C7110 devices. The C7110’s 5th Color Station laid down a clear flood coat on the front and back covers for an added effect. The book was printed on Sappi dull cover and text paper.

Meanwhile, Shirl Epps ran the posters on the EFI Pro 16H, which the in-plant had only installed a short time before. They were printed on TriSolv wide-format paper from Sihl. To ensure colors were printed accurately on each device and that colors matched on both sides of crossovers, the in-plant relied on the expert eyes of its staff. Their expertise paid off.

“We had our prepress guys look over it meticulously before we ever even printed the first run, because we knew it was going to be a really nice piece,” explains Troup. “Then as we printed and bound everything … we did quality control to make sure everything lined up perfectly.”

Books were bound and three-knife trimmed on a Standard Horizon BQ-270 perfect binder, operated by Ali.

Beyond the impact this book is having in support of the World Bank’s mission, Vainstein sees the piece as a shining example of the in-plant’s capabilities.

“One of the reasons this is such an impactful piece from a printing perspective is because it really shows the range of what digital printing can do today,” he says. “It represents exactly what we’ve been working on, which is revamping our digital printing quality.” 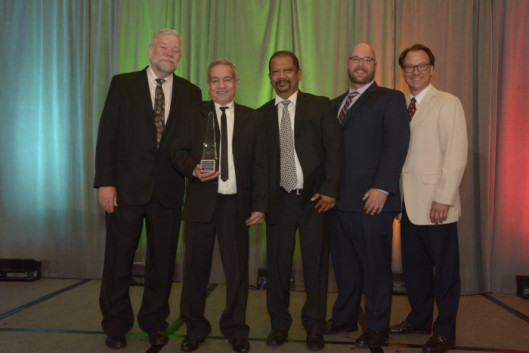 Key to winning this award was selecting samples that had no imperfections. Troup and his team set samples of their work aside all year long and inspected them to make sure they were as perfect as could be.

At the In-plant Printing and Mailing Association awards reception, Troup admits he was intimidated when he saw so many other great Gold winners. But when the World Bank was announced as Best of Show winner, he was elated.

“It was pretty amazing,” he says. “It was definitely unexpected. There was a lot of really strong competition.”

Vainstein was at home when he got Troup’s text with the news.

“My wife didn’t know why I was dancing,” he laughs.

Vainstein credits his entire staff for this victory, the in-plant’s first Best of Show.

“We are extremely proud of our team,” he says. “Everybody was so happy to hear [the news], from our director down to our client as well. We’ll use this piece to promote our in-plant and our services, and how we can really be part of our clients’ mission and goals.”