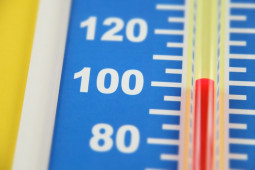 Temperatures in the Pacific Northwest went well above 100, impacting in-plants without air conditioning.

“Some areas on the production floors reached 93 in the afternoon,” reports Director Katy Folk-Way.

The Seattle in-plant is one of a few in the Pacific Northwest without air conditioning, something not usually required in a region known for its moderate summers. But this week’s heatwave drove temperatures there into the triple digits, breaking heat records everywhere. Seattle’s new record is 104 degrees. 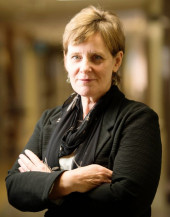 “Most of our folks came in early and worked on urgent jobs such as posters, hospital forms, course materials for summer, and lots of kitting packages in Mail Prep,” Folk-Way says. The in-plant’s third-floor offices do have AC, so that became a cooling off area for staff.

“Once we got everything urgent done, we tried to get everyone out or to the third floor,” she says.

Except for the discomfort of sweating employees, the heat did not cause any major issues in the shop, she says, and all equipment functioned as expected.

Down in sweltering Salem, Ore., where temperatures soared to a new record of 112, the State of Oregon’s Publishing & Distribution operation kept a close eye on the shop’s internal temperature.

“Inside the print plant, the magic number was 85 degrees,” says Print Production Coordinator Tim Miller. “That number was when it became a hazard to run the copiers because the toner would start to fuse/clump inside the machine. Thankfully, highest numbers for both digital print and our secure room were 81 degrees. We did shuffle work around and power down some machines to ease the burden on the AC system. The technicians we have onsite also did a good job of giving all options available in the event we had to print in higher temperatures. 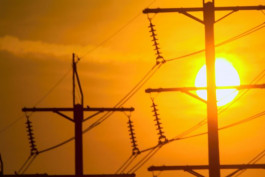 Printers in the Pacific Northwest found out how hot the sun can get during this week's heatwave.

“For most of the plant we utilized fans to provide extra cooling throughout the day,” Miller continues. “It seemed like each work area had a fan going in it, operators keeping cool as best as possible and drinking water to keep up with the heat.”

The in-plant tapped its emergency stores of bottled water and distributed them around the plant and to its shuttle drivers. Though no employee had a heat-related issue and no deadlines were missed, he says, the heat did cause some big problems.

“The temporary scare for the day was when our secure print room lost its AC system on the roof,” says Miller. “The system failed late afternoon about the time we were hitting 113-115 outside, which made the temperature in the room go from 70 to 80 in a matter of 30 minutes. Thankfully, we have a great group at facilities; in the hot afternoon they rigged up a hose and poured water over the whole system to cool it down and get it running again. You want to talk about the heroes, it was them. They deserve the credit for making sure the time-sensitive and important documents were able to keep printing that afternoon.”

The University of Washington had some heroes of its own.

“The teams were amazing. Our main complaint is that we have so many superheroes, and it is hard to get them to stop, so we had to do a lot of encouraging,” says Folk-Way. “At the end of the day, everyone was safe, and the customers got what they needed.”

One way those customers get what they need is from the in-plant’s fleet of electric-assist bikes, which do most of the deliveries on campus and in downtown Seattle. Because of the heat, those bike deliveries stopped at 10 a.m. and the in-plant used its trucks after that.

Twenty miles south at Highline College, things were similarly toasty inside the in-plant.

“The outside temperature hit 110, and it was very warm in the shop,” remarks Manager Dave Weber. “We do not have good working AC. We are keeping the lights low and closing our doors and windows early before the heat really comes up. We are getting by with box fans and medium size fans in the offices.”

Even at those in-plants that did have air conditioning, many of their employees’ homes did not.

“The bigger story for us was … when employees were not at work and how uncomfortable it was for those that do not have AC at home,” points out Damien Bernard, Print and Mail Program Manager at the Washington State Department of Enterprise Services.

The experience made Miller pensive about what it means for the future in the Pacific Northwest.

“While it could have been much worse, it does give us an idea of what does happen when temperatures climb up incredibly high,” observes Miller. “With the changing climate this might become something that happens more often.”

What Congress Is Doing to Help Ease the Supply-Chain Shortages

How the Largest In-plants Have Fared During COVID