Short-Staffed: How In-plants Are Coping With Vacant Positions

Simply put, in-plants need people: to run the machines, to serve the customers, to get the work done. A recent In-plant Impressions survey found that 53% of the largest in-plants had open positions they could not find qualified applicants to fill.

We checked in with five of these understaffed shops to explore the effect those vacancies are having and learn how they are getting by in a world of staff shortages. 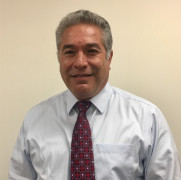 To address the printing needs of a large transit authority, Louis Ferrel needs all positions filled. That’s not the current reality. When we spoke to him, his shop had two open positions: a press operator to run the Ryobi duplicators, and a digital press operator to handle the in-plant’s Canon devices. Ferrel says the two positions had been vacant for about three months (though at press time we learned he had finally filled the latter).

“COVID made things rough,” he reports, “but beyond that, the talent is just not out there.”

As an example, for a recent press operator vacancy, he says, “We got about 30 applicants, and only six were qualified. We hired one of them.” The positions were advertised in the local newspaper, as well as through the In-plant Printing and Mailing Association (IPMA).

Ferrel says a key challenge to recruiting employees is, “I don’t think anybody teaches [printing].” With the new digital technologies, he adds, there is less connection to the craft of printing. He says many applicants view the positions as “a job,” not a career. “People are looking for money more than anything else,” he says, “and this industry doesn’t pay as much.” He shares being asked by a production job candidate if they could work from home. “Do you have this equipment at your house?” he asked in return.

The vacancies at his shop, he says, “put more onus on people to turn production around. We have not stopped, and we’re running the heck out of what we have.” Though short-handed, Ferrel says work has not been turned away: “We’ll find a way to get it done.” For him, getting it done means paying overtime and investigating automation. 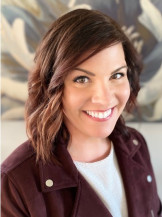 April Nero says her in-plant at the University of Oregon has one position open, which was only recently vacated: an outsource coordinator/CSR, who handles what Nero calls “big jobs outside of the traditional space.”

After reducing workforce in 2019, she says, backfilling jobs that were cut will be based on budget, and on more consistent workload. “We need to have people busy,” she says.

For recruitment, Nero says the university has a team to identify candidates. Further, listings have also been posted on LinkedIn, Craigslist, and in local free publications. The position, she says, is open for recruitment.

“We’re doing better hiring-wise than other university areas,” she says, “and haven’t had to hire for about three years.”

In the past, Nero says, it was not difficult to fill positions; an average of 30-40 candidates would come forward. But that reality may change.

“A lot of private employers are offering incentives we can’t provide,” she notes, “and we’re restricted by union guidelines to some degree.” Nero says that with one position open — and only for a short time — her shop has not really felt the effects of the vacancy. She notes, though, that since the rise of COVID, the nature of the work at her in-plant has shifted , with less focus now on printing for events and more on mailings. 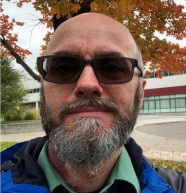 Overseeing three departments — printing, public information, and courier services — for a central New York school district, Frank Oliver is currently working to fill two open positions, both senior copy operators, that focus on operating the in-plant’s high-speed production. For those positions, which were advertised for a year through the local newspaper and signage, the in-plant, “got zero applicants,” Oliver says. “Never happened before.” He says the position hasn’t been re-posted and the in-plant is hiring copy operators instead.

“Generally, kids right out of high school,” he adds.

“Originally, due to COVID, there was government support for those who lost jobs,” he says. “Then the fight for employees got to be a focal point across the nation.”

This was followed, he says, by wage increases, including the New York minimum wage. Union-negotiated starting wages were also a factor, he says.

“People can find higher-paying jobs elsewhere with less responsibility,” he laments. Traditionally, he adds, finding and keeping employees, “wasn’t a struggle. Once they started here, they stayed.”

The effect of the open positions has been significant. Oliver says turnaround times have been affected, and it’s a daily battle to meet due dates. He says the operation is one-third below pre-COVID levels, and getting new hires up to speed can take months. The shop does not turn work away willingly, despite being short-staffed.

“We’re working to adjust expectations with [our customers],” Oliver says.

His shop is currently paying more in part-time staffing, because bringing in part-time employees, instead of paying full-time staff overtime for entry-level positions, saves in labor costs, he says. 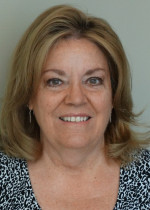 “We’ve had more [applicants] for the graphics designer and document specialist positions,” she notes. “For the professional jobs, we’re getting fewer candidates.”

Reese says its harder to find applicants for those positions because they don’t pay as much, so it’s more challenging to recruit and retain people.

“It’s definitely the economy,” she says. “There are more jobs than applicants in just about every field.” For her shop, filling positions was easier before the pandemic.

Reese says the effect of having so many positions unfilled has been profound. “We are seriously backlogged: a lot of jobs overdue, a lot of need for overtime, and slow turnaround times,” she reports.

While her shop has not had to turn away any work, it is brokering some jobs outside. To address the employee shortfall, Reese says the in-plant is paying overtime, staying open on holidays, and adding weekend shifts. 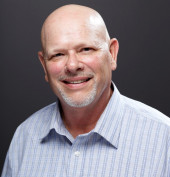 The positions Neil Hugentober is seeking to fill are outside of production staff: a CSR, a billing rep, a courier, and a front office assistant. Those positions, he says, opened due to retirements. As pre-announced vacancies, they were less disruptive because the shop cold anticipate the need for job adjustment or recruitment.

Hugentober says the shop is not currently advertising the positions and is instead “waiting to see how things work out. When we do, it will likely be fall semester. Like everybody else here, we’re just keeping our fingers crossed.” He says that prior to COVID, his shop was able to find qualified people.

The vacancies are definitely impacting his operation, Hugen­tober says. “We’ve had to restructure to handle a different type of workflow,” he notes. Among those changes is splitting customer service among several people, and getting assistance from other university departments, particularly for billing.

About current operations, he says, “We haven’t turned any work away. We need more work, in fact. Any time we become overloaded, we either go outside or staff has stepped up and done the work.”

His staff is highly cross trained, so when one department is buried, other departments aren’t lacking for work. To date, he says his in-plant has not had to resort to overtime.

How the Largest In-plants Have Fared During COVID