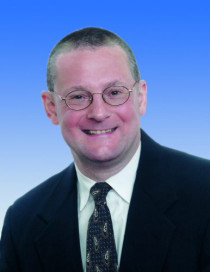 He points out that the industry growth is not surprising given the economy’s recent performance, with the annualized growth rate of the GDP, consumer spending, and business investment all at least doubling between the first and fourth quarters of 2017. “Solid economic fundamentals suggest this cycle has a long way to run, so we’re sticking with our forecast that a robust economy will help our industry’s sales grow 2.0%-3.0%+ per year over the next three years,” says Paparozzi. But, he cautions, “Gains due to a favorable swing in the business cycle are short-lived unless we are delivering the value that keeps clients in and the competition out.”

“Survey-based data and knowledgeable insights from the Idealliance Institute for Strategic Research, such as those provided in the "State of the Industry Report" and Updates, serve as critical strategic planning resources for business leaders in our industry,” says Idealliance President and Chief Executive Officer David Steinhardt. “These reports and our upcoming Institute studies on the mailing industry and media buying trends will help every industry company make more informed investment and staffing decisions going forward.”

Paparozzi noted that nearly half (48.6%) of those responding to the latest Idealliance "State of the Industry" survey said they expect first quarter 2018 sales to exceed those of the same period last year, and more than half (58.1%) of those expecting growth gave at least partial credit to improved business conditions, with two-thirds - 67.4% - expecting overall business conditions to be better in 2018 than in 2017.

But, notes Paparozzi, “Few are counting entirely on a macro upswing, with more than four out of five - 83.8% - crediting actions they’ve taken to capture more work from current clients, add new clients, win work from competitors, increase client retention, and so on, in full or in part for their gains.”

Pricing also appears to be moving upward, with 51.4% of survey respondents saying their prices are higher, on average, than a year ago, while a scant 2.8% said they were lower. The average change in prices reported was 1.7%, more than double the 0.8% price increases in all of 2017.

Paparozzi will discuss these and other findings in a free Idealliance State of the Industry webinar, “Nine Steps to Creating a Sustainable Competitive Advantage,” 2:30 p.m. - 3:30 p.m. (ET) on Wednesday, May 23. Click here for more information or to register.

The preceding press release was provided by a company unaffiliated with IPG. The views expressed within do not directly reflect the thoughts or opinions of IPG.

Three New Challenges of the New Normal
END_OF_DOCUMENT_TOKEN_TO_BE_REPLACED
Upcoming Webinars
Print Outlook: What to Expect in the Year Ahead