After eight years as a Xerox user, Tacoma Public Schools Printing & Graphics has switched to Ricoh. In June, the Tacoma, Washington, operation installed a Ricoh Pro C7210 to replace its Xerox Versant 80.

Though Michael Griswold, Printing & Graphics lead, says he is a fan of Xerox, the Versant, which had been purchased used, was past its prime.

“It was getting toward end of life, even with five million impressions on it,” he says. “[We were] having mechanical problems that were exacerbated by the service [as well as] supplies.”

The in-plant had struggled to get toner, even though it was included in its contract, and when it ultimately had to purchase it from a third party, reimbursement from Xerox did not come easily, he says. 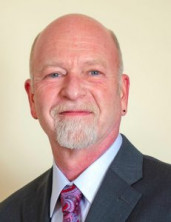 When it came to researching and justifying the purchase of a new digital color press to Griswold’s supervisor, the Printing & Graphics staff evaluated options using a spreadsheet broken down into different areas: cost, quality, and service and supplies.

“We spent months going back and forth between all the different vendors and clarifying what kind of server is running, [and] all the different things it can do,” he says, noting the interactions took place over video due to COVID-19. “We did it as a team, so we all had some input on it, and presented it to the boss.”

While the team had narrowed the options to Ricoh and Canon, Griswold says despite the former being more expensive, the prospect of the fifth color station was intriguing. He had sent files to the vendors for printing samples and was impressed with the Ricoh Pro C7210’s sharp quality.

Once the purchase was made, the team had to prepare the shop. Located on the second floor of the Tacoma School District Central Administration Building — and occupying over 4,000 sq. ft. — the in-plant had to account for the machine requiring more space than the Versant as well as two 220V outlets.

Once the C7210 was installed, Griswold says it was up and running within the same week.

“Pretty much we’re just taking everything we had been running on the Xerox and running it on the new machine,” he says. “I’m able to play around with different things with it because of the fifth color.”

The workflow transition hasn’t been 100% seamless, though. “Learning a new machine is a little bit tough,” admits Griswold. “There’s things that come up and things that we don’t know.”

For example, the C7210 has fewer paper drawers than the team was used to. Though the machine has banner sheet capacity, when operators converted one of the trays for this, they realized they couldn’t use it for other jobs. Since the in-plant doesn’t print many banner sheets, they ultimately reverted the tray back and now print banner sheets out the top.

“Kind of a live and learn there,” Griswold notes.

But the benefits balance out the initial kinks. In addition to the quality, Griswold says the machine can accommodate heavier-weight papers, it enables the in-plant to print tabs, and it has a faster server.

“We were fortunate to be able to take our Fiery paper catalog and load it directly into the new machine, which saved hours and hours of time,” he adds.

Additionally, the team has been pleased with Ricoh’s service thus far. “[They’re] really good about being there and helping to answer questions and working through some of those initial problems,” says Griswold.

While the 7210 is running the gamut of the in-plant’s curriculum materials, Griswold says, “We’re in the process of discovery still a little bit and also in selling it.”

He is currently creating packages of samples to showcase the new capabilities to the in-plant’s customers, which include local school-related nonprofits.

Although it has been a learning process with some challenges, Griswold concludes, “I’m happy that we have it; it’s a step above where we were for sure.”