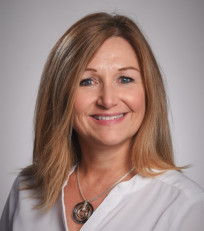 Yale University Printing & Publishing Services, the third largest university in-plant according to sales, has hired former Bucknell University in-plant manager Lisa Scott (Hoover) as director of the 40-employee operation. She takes the reins from Jeff Gworek, who retired from the position after 14 years.

Scott joined Bucknell in 1999 as a prepress technician and eventually worked her way up to director of Publications, Print & Mail. She was later promoted to senior director of Creative Services, overseeing the in-plant as well as graphic design, web, and digital communications. Her teams’ efforts supported the entire Bucknell organization including student recruitment, development, internal communications, event promotion, and other campus initiatives.

Scott was also heavily involved in the Association of College and University Printers, where she served as president and sat on the board of directors.